An engineer by education, marketing man by profession and policy activist by passion, I has worn many hats in his career. Born in Gorakhpur in Uttar Pradesh, India, I grew up in Allahabad where I spent my schooling years. After obtaining a B.Tech from Indian Institute of Technology (ISM) Dhanbad, I worked in many multinational companies in various sales and marketing roles. The decade long professional experience from the management trainee level to senior management positions has gave me a unique perspective in marketing and brand communication.

Towards the end of 2012, I gave up my professional career to volunteer full time for the Prime Minister Narendra Modi 2014 election campaign.

In February 2015, I joined MyGov, Government of India’s online citizen engagement platform, as Director Content. I conceptualized and led many of the initiatives of MyGov as it established itself as the principal interface between the government and citizens. During this period, MyGov established many benchmarks, including conducting the largest ever citizen consultation process during the Smart Cities Challenge, and conceiving and organizing the first ever town hall with Prime Minister of India.

In October 2016, I joined BlueKraft Digital Foundation as its founding CEO.

Some of my writings have appeared in media platforms and other blog sites. The author index page of these various platforms are:

The contents of the blog would mainly be a commentary on issues of current importance and relevance. And here is a promise – the views will be correct and only correct, political import be damned!  .

Goes without saying that the views expressed here are entirely my own and are in no manner either endorsed or sponsored by my employer or any organization that I may be a member of.

A Note on the Categories 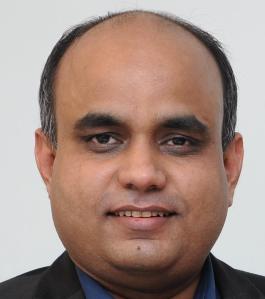